Noble County is a county located in Ohio. As of the 2010 census, the population was 14,645, making it the third-least populous county in Ohio. Its county seat is Caldwell.

Noble County was formed on March 11, 1851 from portions of Guernsey, Morgan, Monroe and Washington counties. It was the last and youngest county to be formed in the state. It was named for either James Noble or Warren P. Noble, each of whom was an early settler in this region.

Noble County was home to the first North American oil well, the Thorla-McKee Well, which struck oil in 1814. For a time this was a center of oil production in the state.

In 1925, a United States Navy dirigible, USS Shenandoah, was caught in a storm over Noble County. It broke into several pieces, resulting in the deaths of 14 persons on board; 29 survived. 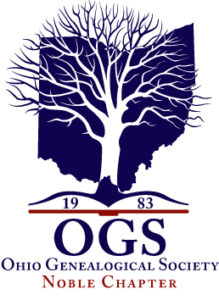